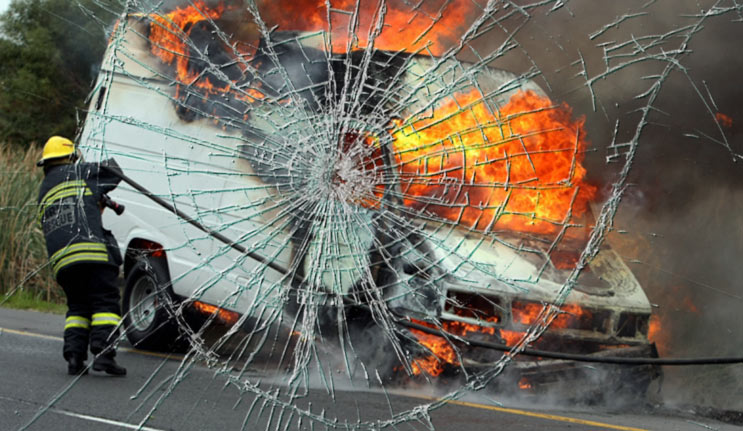 At heart, I’m a process-oriented person. I see the world through numbers, procedures and priorities. As a result, I believe every problem is solvable. But I also recognize that the world is far from perfect and rational thinking doesn’t always prevail. Which brings me to the topic of driver safety and its place on the plate of today’s fleet manager. Why is it so often treated with obscurity or on occasion, even disregarded altogether?

With traditional occupational safety and health management, there’s no question that the safety manager has a seat at the decision-making table. But in the fleet world, for some reason, an exception is made. Don’t get me wrong, there’s a significant amount of cost savings to be achieved through the diligent management of typical “fleet” metrics such as fuel efficiency, reduced idle time, route optimization, preventive maintenance, engine diagnostics and compliance. For instance, with a well-run vehicle telematics program, fleet managers can expect very respectable savings:

The gains are commendable too:

But safe drivers are typically more efficient and productive drivers too. Safe drivers don’t accelerate rapidly, which in turn reduces fuel consumption. In fact, the Environmental Protection Agency (EPA) found that the manner in which a vehicle is driven can impact its fuel efficiency by 33%. Also, safe drivers don’t brake harshly, which increases the life of the braking system. And, as though it really must be mentioned, in the absence of wrecked vehicles and injured drivers, those productivity measures tend to shine brightly.

Using the same example of a well-run vehicle telematics program, let’s explore some of the benefits of a fleet safety focus:

The Driver’s Alert philosophy is that there are no bad drivers, just bad habits. This is clearly demonstrated in the safety improvements outlined above. The upshot? A sound fleet safety program makes it possible to turn around an “unsafe” driver, thus reducing company liability and averting a termination. And with the cost of hiring a new driver hovering around $7,000, this savings quickly adds up over a period of one year.

Still not convinced that driver behavior is an issue?

According to the National Highway Traffic Safety Administration (NHTSA), 90% of vehicle accidents are caused by human error. In fact, Larry Wilson, behavior-based safety veteran and inventor of the widely-used SAFESTART™ program, frequently speaks on how 90-97% of unexpected events comes from your own actions and not from those of other people–or equipment (e.g., mechanical failure) for that matter. With the direct and indirect costs of accidents and overwhelming support for driver behavior representing the biggest variable in how a vehicle is operated, why is the fleet manager not more concerned with driver safety?

Some of the blame lies with culture. At a recent safety exhibition, I was approached by the safety director for a major city within the United States. He lamented that the city’s police department is experiencing an alarming annual accident rate of 50%. Many of these incidents are single-car accidents involving an officer backing into a fixed object like a pole. What disheartened the man was that the police chief and sergeants are willfully failing to report these events. To add to the predicament, the safety director is routinely pulled over by officers working for this very same police department and harassed for minor or trumped up offenses. He clearly is in the midst of a cultural and political struggle and explained that even the best fleet safety management program in the world couldn’t fix his problem. The police department simply wouldn’t use it. Very sad.

The Cost of Vehicle Accidents in a Nutshell

But that’s an extreme case of a broken culture. In most cases, my experience tells me that fleet managers have always managed their drivers and vehicles a certain way. End of story. And we all know how difficult it can be to break a habit.

So let’s step back and evaluate the bigger picture—the cost of accidents to an organization.

It’s well-known that on average, 20% of fleet vehicles are involved in an accident over the course of one year. Recent research reported in the September 2014 issue of Automotive Fleet reveals that this number can fall to 13% if a company has implemented a formal fleet safety program. Without a safety program, the accident rate can reach 25%. That’s downright frightening.

NHTSA reports that the bill for one non-fatal vehicle accident runs approximately $16,000. If your company operates on a 10% profit margin (many operate below this threshold), this means it will have to generate $160,000 in revenue to offset just that one accident. If you have a fleet of 100 vehicles and 20 are involved in an accident, that’s $3.2 million in revenue required to cancel out the associated costs. At a minimum, this level of financial burden may jeopardize bonuses and jobs. If left completely unchecked, this situation could destroy the balance sheet and endanger an organization’s ability to continue as an ongoing operation.

When you peek behind the curtain of litigation, things can quickly spiral out of control. Negligence case verdicts and settlements can often exceed $1 million. A typical wrongful death verdict will lighten your coffers by $6 million. And what about the impact on your company’s brand from a high-profile accident? Does the Tracy Morgan incident resonate with you? Walmart tractor-trailer driver Kevin Roper, who had been awake for more than 24 hours, hit Morgan after driving 20 MPH over the speed limit. The negative publicity that ensued from this near-fatal incident is hard to quantify in dollars but it most certainly didn’t benefit Walmart.

Using Driver’s Alert’s proprietary Return on Investment (ROI) calculator, the average fleet can realize a complete payback on a vehicle telematics investment in just nine months. And that’s if safety is the only focus. Add the traditional concentrations of fleet management such as vehicle operating cost, compliance and productivity measures and the breakeven point can be reached in as little as four months. That means starting with Month #5 your telematics program is operating like a financial annuity, paying out 100% of the savings right back to your company!

And after all of this, believe it or not, there are still companies out there that don’t have a formal fleet safety program. That’s nothing short of astounding.

So…do you still think fleet management is all about MPG, HOS and DVIR?

If you don’t have a well-implemented, proactive fleet safety program, you’re flirting with financial disaster. Start somewhere ASAP. Something is better than nothing. Incorporate driver training as a beginning. Ultimately, every fleet should be employing a telematics solution of some variety. The business case is too strong not to have one. If you’re already using vehicle telematics, that’s outstanding. Current research indicates you’re still ahead of most fleets. But if your telematics program still doesn’t track safety-related events, what are you waiting for?