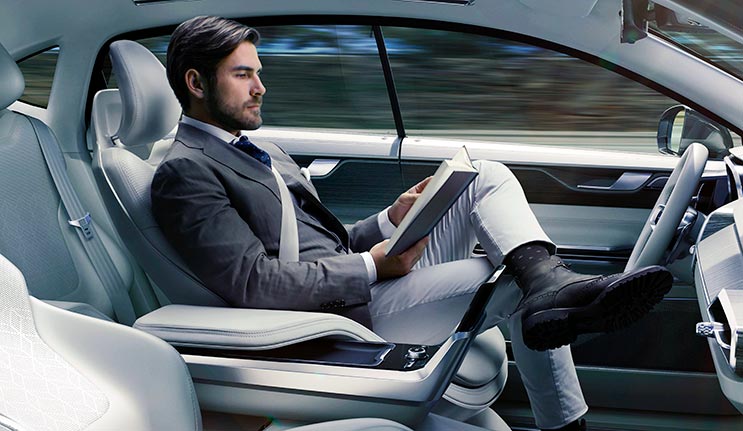 As Uber rolls out a small fleet of self-driving cars and Tesla begins production on vehicles with full self-driving capability, autonomous cars are all the latest buzz. Although advancements in technology are not quite up to par with that of George Jetson’s flying aerocar, they are certainly pushing the limits with cars that we could once only dream about.

With traffic safety organizations such as Vision Zero, AAA Foundation, MADD, and many more – saving lives on the roadways has grown to be a number one priority across America. According to the National Safety Council an estimated 38,300 people were killed on the roadways in 2015, with another 4.4 million left injured. As the vast majority of fatal accidents are reportedly due to human error, the recent debut of self-driving cars has the potential to save a lot of lives.

Making matters worse, the NHTSA recently published a report with data from the first 6 months of 2016. The report shows a 10.4 percent increase in traffic deaths – the largest jump since 1966. Soon after this information was released, the Obama Administration rolled out a new guideline to improve safety on roadways with autonomous cars playing a big role in addressing the spike in fatalities.

With quite a bit of backlash against self-driving vehicles, the ultimate question is, will these computer-generated cars actually help improve safety?

A Queens accident attorney, Alex Omrani, points out that of the 38,000 people who were killed on the roads in 2015, distracted drivers were the number one cause for these accidents. With reasons such as outside car distraction, passenger distraction, cell phone use (both handheld and hands-free), eating while driving and more – the distractions are endless.

Omrani comments, “Digital distraction is a very real problem for today’s drivers, especially when vehicles are temporarily stopped at traffic lights or in traffic. Drivers may take their eyes away from the road or send a text or read a message, and suddenly they’re going through a red light or failing to stop at a pedestrian crosswalk”.

Filling in for the distracted driver is where autonomous cars come in. Peter Sweatman, a transportation and research innovation expert, explains that humans are not well designed for monitoring tasks such as driving a car. While humans have slow reaction times and the urge to cheat or push the envelope on the road, self-driving cars do not. Although it’s not practical to say we will get to the point of zero crashes, as driverless cars are designed to make up for human misconception and error – there’s no doubt that automating the system will make it safer.

How Do Autonomous Cars Work?

Although the technology for driverless cars is far from perfect, improvements are being made everyday. So how does a car actually drive itself?

Similar to how humans have senses that help us read and feel the roadway, autonomous cars are designed to replace these senses with their own. According to Danny Shapiro, director of Nvidia’s automotive business unit, the technology installed in self-driving cars is taught to recognize the roadway and all of its obstacles.

Shapiro comments, “The more data we feed it the more vocabulary it has and the more it can recognize what a pedestrian is. And we do the same thing with bicyclists, cars, trucks, and we do it at all times of the day and different weather conditions. So again, essentially it has this infinite capability to build up a memory and understanding of what all of these different types of things it could encounter would look like”

To get an idea of how all of this technology comes together, Tesla has provided video footage of their latest model with full self-driving capability.

The Future of Self-Driving Cars

Peter Sweatman comments that one of the challenges automakers have yet to hurdle is “getting real” about how the system should work. As Tesla’s competition will only continue to grow, it’s important for the hardware and the computer systems between manufacturers to be compatible. We have more safety innovations now than ever before and automakers must take advantage of this while in the early stages of production.

Tesla is only the beginning of autonomous cars. With companies like Audi, Mercedes Benz, BMW, Ford and even Google that are leading the way, the cars that we see on the road now will not only be driving themselves, but in the coming years they will undergo significant changes.  It’s estimated that those born in 2016 will never even drive a car and by the year 2030, driverless cars could make up more than half of auto sales.

Falynne Knight was born and raised in Phoenix, Arizona. In 2015 she earned a degree in Journalism and Mass Communication from Arizona State University. In 2016 Falynne moved to sunny San Diego where she is currently working at a digital marketing company.