Defensive Driving—It’s all about being on the offensive 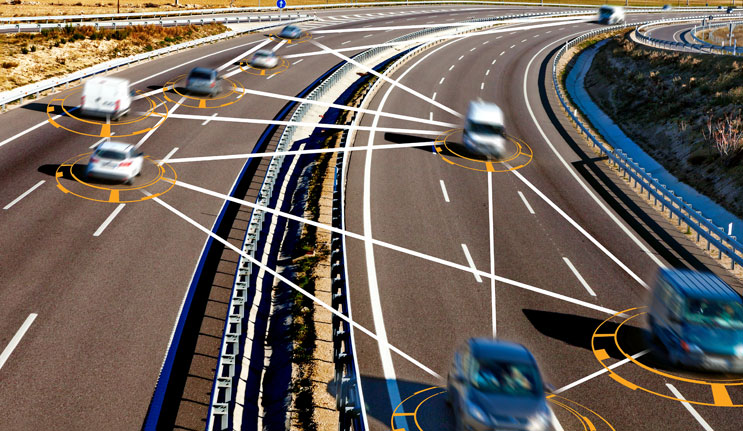 When it comes to playing sports, they say the best offense is a good defense. The same can actually be said when it comes to being a good driver. But wait a minute. How can someone who drives offensively be considered a good a defensive driver at the same time? It’s quite easy. You just need to change your views toward the driving environment.

Let’s start with the basics. For those of you who took some form of driver training, the training you were given was most likely perceived as “defensive driving.” That’s the whole marketing aspect of it. It really didn’t matter what was being taught, as long as the instructor said their program was “defensive driving,” you bought into it. But was it really defensive driving? By definition, defensive driving means to drive in a manner that protects yourself, your vehicle, your passengers and other road users despite the conditions around you and the actions of others. Sounds pretty basic if you ask me. However, there’s a lot more to defensive driving than what you may have been taught.

To many people, defensive driving meant they had to drive slowly, follow all the rules of the road and drive in a manner that does not negatively impact other people. In the past, the defensive driver responded to other road users after those road users exercised poor judgment. They were on the lookout for them and either slowed down or quickly changed lanes to avoid a collision or conflict when another vehicle cut them off. Instead of being reactive, what if you became the proactive decision maker? What if you made driving choices before other drivers committed errors? Would that be considered defensive driving or offensive driving? Perhaps the answer to this question is—both. Let’s take an advanced look into defensive driving.

As a good defensive driver, you have to keep asking yourself the question “what if?” Here’s a common scenario. You’re traveling down the road and you spot a busy parking lot exit ahead on your right. There are many pedestrians walking along the sidewalk and vehicles are continuously exiting the parking lot and entering the roadway. An offensive defensive move is to merge into the left lane well in advance of reaching the parking lot exit. Why wait until either a pedestrian walks into your path or a driver pulls out directly in front of you before you do something? Make the first move to protect you, your vehicle and other road users. Why wait for an incident to occur before you do something? There may be times when waiting to respond to someone’s actions is simply too late.

Driving next to open lane space, in a staggered position on a multiple lane road gives you an escape path if you need to suddenly swerve or conduct an evasive maneuver that places you in a different lane. Driving next to another vehicle means you’re putting your safety in their hands. If they become startled and suddenly swerved into your lane, an instant collision is almost certain. Chances are slim you would be able to get out of the way. Driving in a staggered position means you’re also giving drivers in adjacent lanes “panic room.” It’s a safe place to go if they make a mistake.

One of the most common crashes in North America is the rear-end crash. Leaving enough space in front of your vehicle to safely avoid a rapidly decelerating vehicle is another key tactic in defensive driving. But how much space is enough to still be considered a good defensive driver? I remember a driving student of mine asking another driving instructor from a different driving school where they should stop when approaching a stopped vehicle. The instructor replied, “before you hit them.” I’m fairly certain my students could have figured that one out on their own.

When I learned to drive many years ago, I was taught to stop at a point where I could still see where the rear wheels of the vehicle in front of me touched the road. This perspective means there is roughly one vehicle length of space between my vehicle and the vehicle ahead of me. Sound familiar? That worked out well when we could actually see the hood of the vehicle we were driving. That’s not always possible with today’s smaller vehicles. If we attempted that technique today, it would most likely bring our vehicle to within half a vehicle length from the stopped vehicle in front, or perhaps even closer. If you’re striving to be a good defensive driver today, to avoid a rear-end crash, what really is the best approach? How much space is enough to be considered a best practice for defensive driving?

Generally, leaving a minimum of one vehicle length may give you enough space to maneuver your vehicle to the left or right in case of an emergency situation. You have to do more than just sit there though. Be proactive. Think about where you could go if the vehicle approaching from behind is unable to stop in time. The front lawn? The sidewalk? The next lane? These are all options, but to know if any of these options will be needed, you need to keep monitoring your mirrors while stopped. If it looks like the driver behind you is sliding on the wet, icy or snowy road, get out of there. If it looks like the driver approaching from behind is traveling too quickly, take evasive action immediately. Why wait until a vehicle gets too close before you act? Do something about it in advance. Be an offensive defensive driver.

Learn the ropes of defensive driving with these eLearning courses:

I could give you multiple scenarios to explain why you need to keep thinking “what if?”, but I won’t. The bottom line here is to do whatever it takes to allow you to accomplish your goal of driving safely for the rest of your life. Be on the offensive when you’re driving. Make the first move instead of waiting to react to the actions of other road users. Being on the offensive is the new defensive driving. 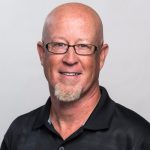 Scott Marshall has spent over 30 years promoting road safety. He has been a road safety journalist since 2005. Scott was also an on-air judge on the Discovery Network’s Canada’s Worst Driver during its first three seasons. Scott welcomes any questions or comments you may have at safedriver36@yahoo.ca.

Stay safe on the road with these training courses on driving safety: